How Human Machine Interaction Has Impacted the Globe

The advent of great technological developments and adoption has brought about a different approach to the labor sector. Humans now apparently face a tricky situation by the emergence of more efficient and intensive labor source via artificial intelligence. Instead of completely eliminating human input, production and service centers have learnt how to link job functions between humans and machines. The collaboration between humans and machines is the best methodology moving forward. Although there are certain industries that are yet to start adopting new technology, the event is inevitable. It is best that a suitable sharing of duties in a complementary format is adopted in the starting phases.

How Effective is Machine and Human Co-Working Environment?

Artificial intelligence is a creation of human-initiated research. Though the eventual product is perfected for efficiency in the work environment, there are certain elements that may fall short. The main importance of a combination of efforts between machine and human input is that both fill out the gaps of the other. Where machines fall short, human input is essential and very useful. Machines are being developed and periodically updated to perform human functions better. On the other hand, human skill is gaining better momentum and leading to increased innovation and better output. In a working environment, human labor is divided into supervisory and skilled staff. Human processes are controlled by humans whereas the machines possess an automated control process that is regulated by humans too. A human machine collaboration creates a system where there is a compensation of visible weaknesses and magnification of strengths. This creates one of the best formulas for the best output.

The Real Benefits of Technology Adoption
Artificial intelligence, the main component of machines, utilize sophisticated processes that automate most functions. Once you consider such benefits on top of additional input from normal human labor, you realize that there will be a better production efficiency. They elevate human capabilities allowing them to explore better implementation strategies that they could not access before. The core advantages of depending on a human-machine system in your firm are numerous.

Most businesses tend to think that their employees are not ready to adopt newer technologies that promote human-machine dependability. This is because of the misconception that people are less willing to learn new skills. The best effort that an established business can do to secure its position in the industry is an early adoption of artificial intelligence. Early interaction between adopted technology and humans will prove more effective in the transformation to a better workforce. Human and machine reliance is the best strategy in the current technological era.

Beyond Surround Sound, Into IMAX Sound and 3-D Sound Recording 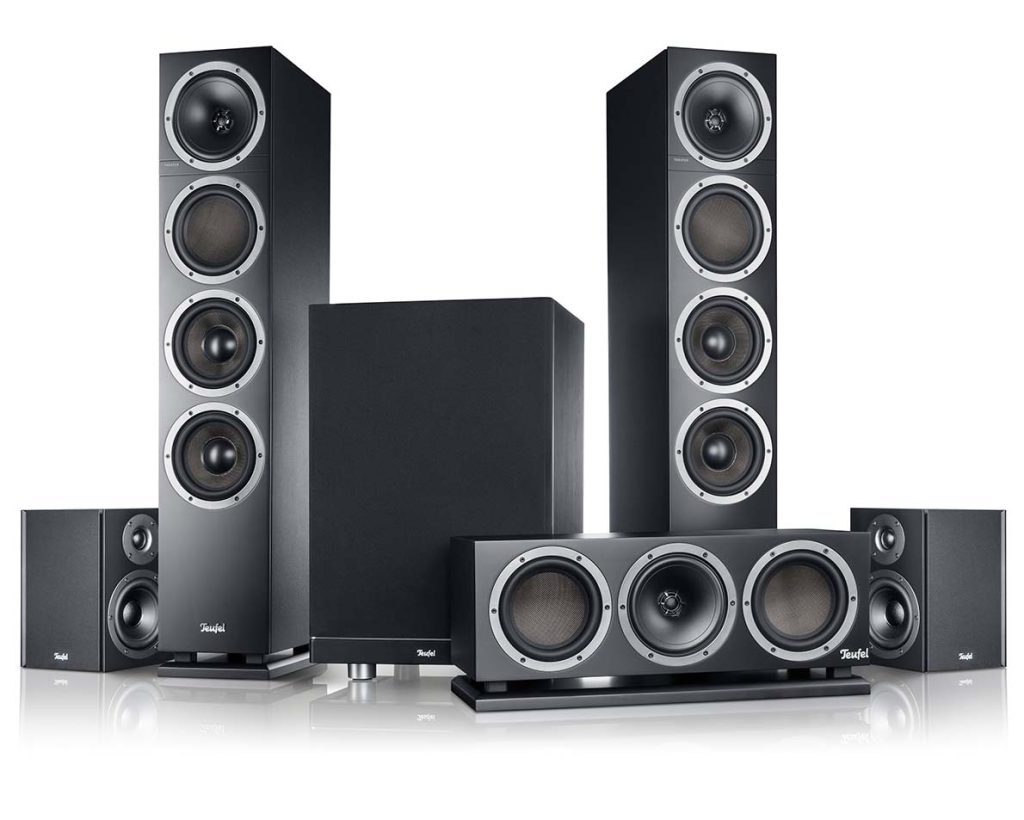 Audio technology is an ever-changing industry. As with all technology, there are constant upgrades and changes that make it an exciting industry to stay vested in. one of the more recent changes has been the advancement and redefining of an old technology known as Binaural sound. It is an exciting technology that has many future applications.

Depending on the quality of the 3D mic that is chosen, there are many levels of sound that can be picked up at varying degrees of quality. By definition, Binaural microphones, also known as 3-D microphones pick up a higher grade of varying sounds in both microphones. Sounds of nature, human voice and music will come in sounding just as it does to the human listener live and will be recorded exactly that way. It will also allow for output with Binaural speakers to come out through the speakers the same way it is recorded.

What is Binaural Sound?

Binaural sound is different than normal audio recordings. Binaural sound is actually the same way the human ear hears everything. The human ear can hear all the high and low pitches of sound as well as all of the strength or softness of sound as it is played, spoken or created. By contrast, regular stereo sound is different. Stereo sound takes all sound and makes it equalized at the same level of volume. While this has certain advantages, it also has disadvantages. Stereo and surround sound is always at the same sound level that is preset by the person in charge of the sound system.

Binaural sound is the exact same sound that humans and all animals audibly hear from their ears. The ability to record this type of sound was actually developed in the late 1800’s but it implementation into modern technology did not occur on a more widespread level until the IMAX experience was finally developed.

While surround sound gives a person sound in a total encompassing way, IMAX Binaural sound implementation gives a person the feeling that they are living the experience live and in person. Part of this is because the sound comes out the way people are accustomed to hearing in person. This technology is also now being used in video game production as well.

However, in order to record this type of sound in a way that accurately reflects the sound output, the audio creator has to use what is called a 3-D microphone. These types of microphones are not sold at all audio places. Audio enthusiasts have to go to a place like Hooke Audio or a 3-D sound specialty audio sales outlet in order to get this type of technology.

A 3-D microphone takes in sound just the same way human ears do. They have two ports of sound entry and are most often designed with two human looking ears placed at a similar distance apart as human ears are on a human head. This allows for the sound to enter into each microphone and be recorded in the same way as human ears hear.

College 101: What to Buy Before Hitting Campus

While college is typically a time of growth, exploration and a slim bank account, there are certain items that students need. From products that are useful in the lecture hall to those that make dorm living more comfortable, careful planning is one way that college students can stretch their budgets.

Technology for Work and Play

The technological boom of the last decade has made it possible for college students with even the most modest budgets to remain at the head of the class when it comes to the gadgets and apps that simplify the day-to-day details of higher education. Investing in an external battery for a smartphone, an app for taking notes, an external hard drive and a usb daq for fast, bidirectional data transfers may enhance the learning process. Since every student needs to balance his or her school life with recreation, it is also advisable to invest in a few fun apps and a pair of over-the-ear headphones.

The Comforts of Home

Many new college students find themselves missing their home, and the comforts that it provides, almost as soon as they arrive on campus. While there is certainly no place like home, dorm living does not have to be uncomfortable. A memory foam mattress pad, sheets with a high thread count, bed risers and a couple of under-bed storage containers will help even the most homesick student settle into college life in style.

Perfect for the True Scholar

There are many fun and efficient items that are designed to make the scholarly life one that inspires jealously. Those students who wish to embrace their inner geek will love the messenger bag that is designed to look like a dictionary, the desktop vacuum shaped like a farm animal and the pencils that are printed with different sets of homophones. Of course, those scholars who still actually write on paper will also love the trashcan that is designed to look like a basketball net; while this may not help students burn carbs, it is likely to improve their aim.

While many of the items described here are not strictly necessary for those seeking a genuine college experience, many of them will enhance learning, simplify living and foster a sense of comfort in those who use them. Living and learning at the same time has never looked so good. 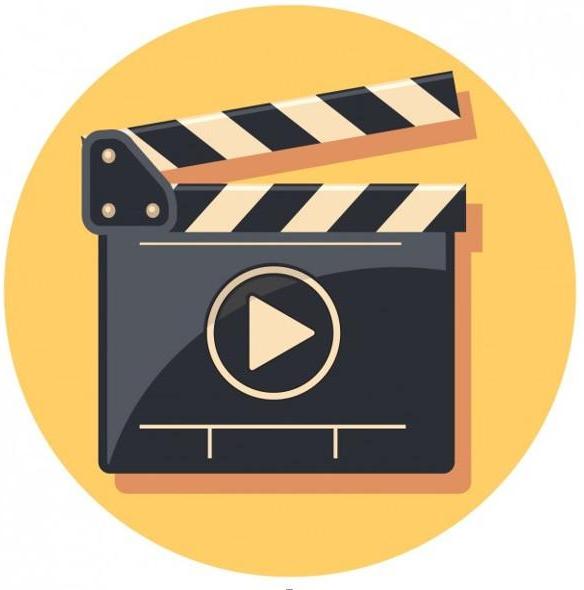 Corporate video productions are an increasingly effective marketing tool, especially with platforms like Facebook and YouTube implementing video adverts. Putting together a short description of what you do and your brand identity in the form of a video is a great way to inform your audience. There are some things you need to handle internally before contacting a trusted corporate video company to start your video project.

You need to look into your marketing strategy and see what kind of boost your business needs. Is the video meant to inform your target audience on a new product or service? Maybe you have a special offer you want to promote or simply create brand awareness.

Your main objective should be getting the results you want. Whether your video should include a call to action or simply inform the viewer about a new promotion or product is the first choice you must make. The foundation of the objective should be to include any and all information on your business and what you want your audience to know.

Your unique selling point should be the centre of your video and your brand identity. Your corporate video productions should show people what you offer that is different or better than that of your competitors. This is what an audience will remember and recognise in your brand.

Your corporate video production is not something you can cut corners with. You get what you pay for and making a mediocre video to represent your company will likely hurt your business. If you present yourself in a mediocre manner this is what people will expect from your products and/or services. Put aside a decent chunk of money to benefit from all the corporate video services.